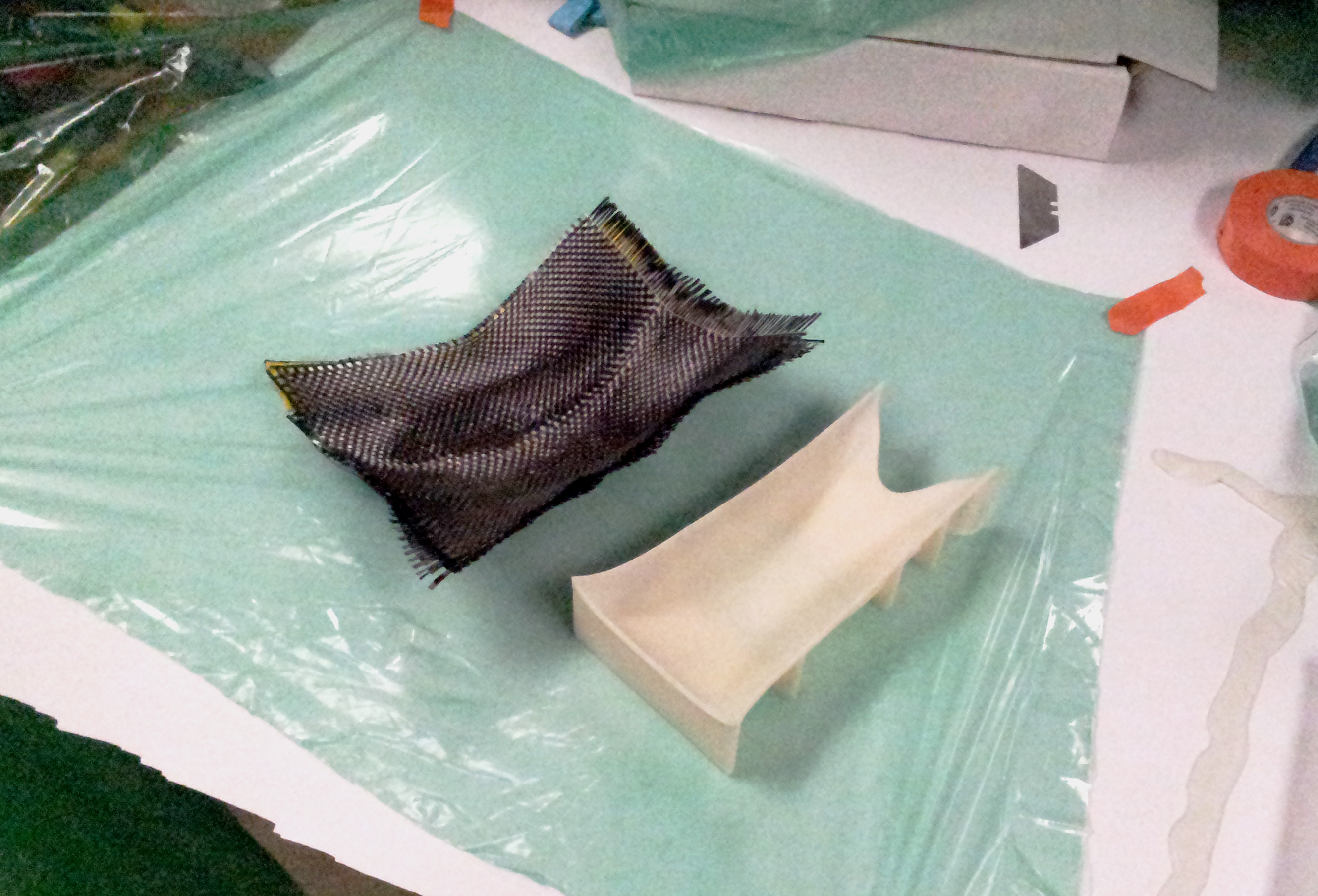 Poker Flat Research Range (PFRR), managed by University of Alaska Fairbanks is working on several unmanned aircraft project.  One of them is converting surplus Raven UASs to run on the APM 2.5 and equip them with an extended battery pack. The Ravens will be used by researchers in Alaska for coastline, environmental and wildlife studies.

As a proof of concept, I designed and built this carbon fiber nacelle for my undergrad research class. It would cover the APM should it be located on top of the fuselage to make more room for payloads.

PFRR had a point cloud of the raven fuselage generated from a NextEngine 3D laser scanner.  From this model, I designed a mold that accurately met the surface of the fuselage.  After adding supports to the mold so it would not deform in the vacuum bag, I printed it on our Fortus 250mc 3D printer.  When the mold was finished, it was prepped with a mold release agent and 3 layers of carbon fabric were cut and infused with resin.  After curing in the vacuum bag, I removed, trimmed and sanded the part.

On this first iteration, the part fit very closely with no large gaps.  Any gaps can be attributed to the rough trimming which will be simplified in later designs by adding a flange to the lip of the mold.