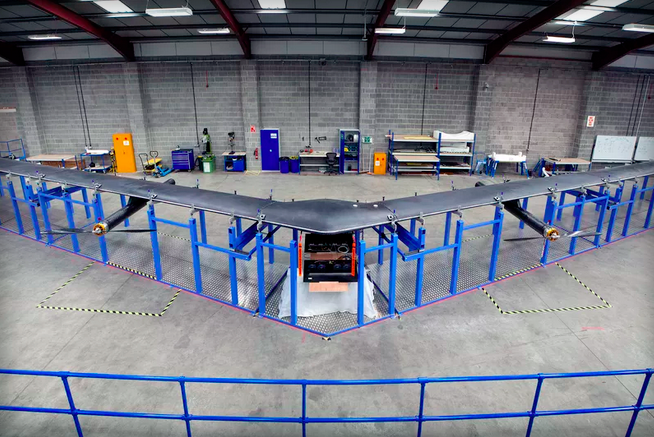 Facebook's shallow V-shaped plane has the wingspan of a Boeing 737. But even fully loaded down with communications gear, Aquila only weighs between 880 to 1000 lbs — about a third the weight of a Prius. "When deployed, it will be able to circle a remote region for up to 90 days, beaming connectivity down to people from an altitude of 60,000 to 90,000," the company said in a blog post. This means the planes will be flying at an altitude above commercial aircraft, and even above the weather.

FLYING ABOVE COMMERCIAL AIRCRAFT, AND THE WEATHER

This is how it will work: Facebook will have lasers on the ground that can locate the dome-shaped optical head located on the bottom of the plane in the air — basically shooting a laser at a dime-sized target that is more than 10 miles away. The plane will first hone in on the general location of the laser on the ground, proceeding to target it further and lock onto the location so that it can start beaming down the internet. Because the plane requires a connection with the lasers on the ground though, you might experience a slower connection when it's raining or cloudy. 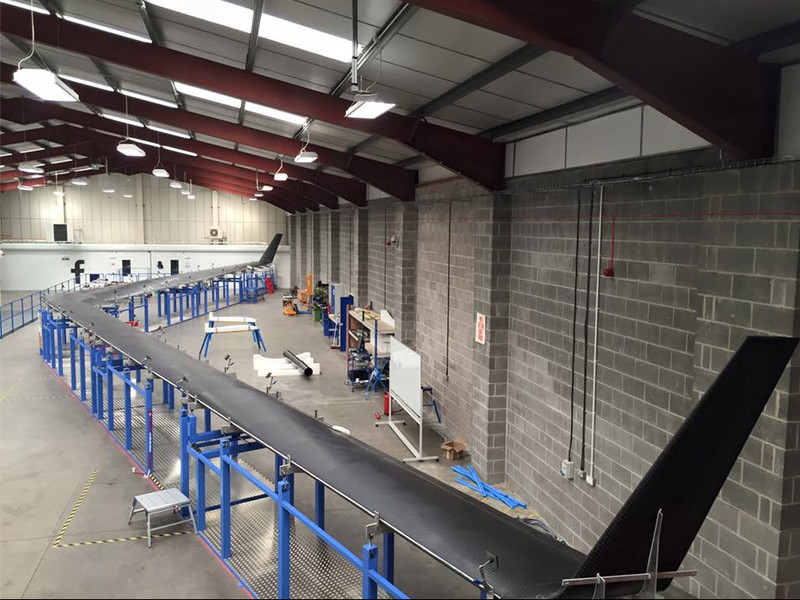 The plane is built from two layers of lightweight carbon fiber material that sandwich a layer of foam. The planes are intended to stay afloat for three months at a time — presently the record for an aircraft staying afloat is two weeks — which is why the entire outside shell will be covered in solar panels. During the day, when they are fully charged, the planes will fly at an altitude of 90,000 feet. But at night, in order to conserve power, they'll float down to about 60,000 feet, going back up again the following day. This ensures a constant connection to the Internet, because they do not need to come down to be charged.

A BREAKTHROUGH IN LASER PERFORMANCE

Facebook says it has also achieved a significant breakthrough in the speed and accuracy of how these lasers work — they've lab-tested a laser that can deliver data at 10s of gigabytes per second, which is 10 times faster than the current state-of-the-art in the industry.

Facebook plans to use its Aquila fleet to create a linked network that will bring internet access to rural areas. Using a variety of data sources, Facebook can figure out where people are located physically, in order to then decide the most cost effective way to bring them connectivity. As with its internet.org project, Facebook won't provide access directly, and will instead partner with local carriers to offer services.