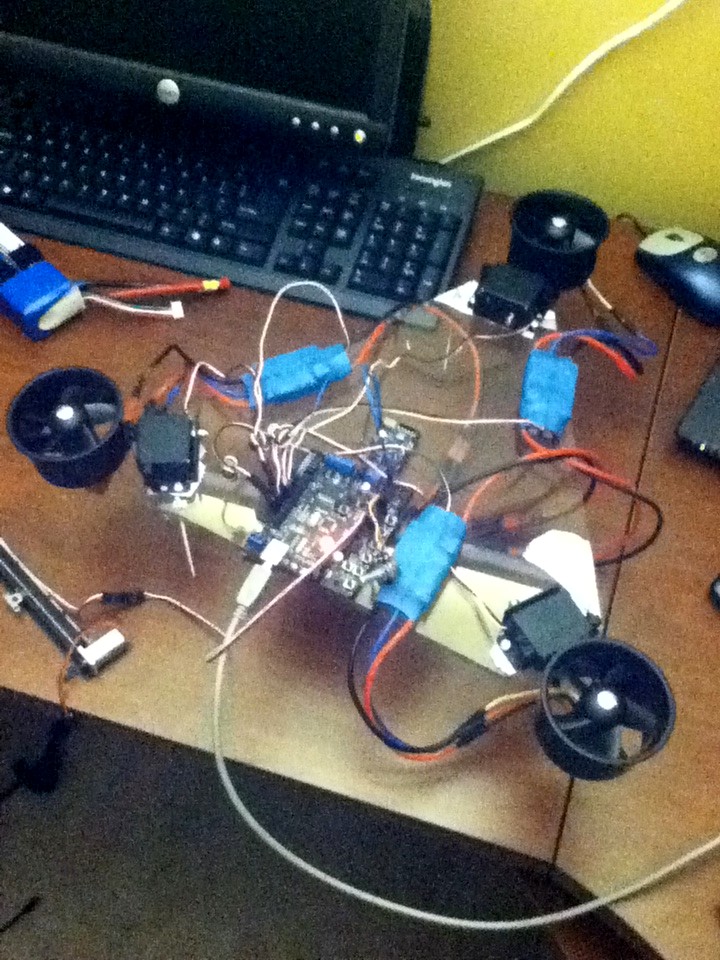 Following the death of the Ugly Pink Quad's 4th thruster, Entirely accidentally, I am going for a tri-rotor design, on

The Nano that was originally being used for the Ugly Pink Quad, and now the Tri, well...it died, so in comes the DFRobot RoMeo.

My initial idea is going to be to use the thrusts of the three ducted fan units to stabilize horizontally and control altitude, while using vectoring to produce the X-Y translations and yaw motions as needed.

Given the wide, flat body and the ability to vector thrust, I might be able to use the plexiglas as a lift-generating device to aid battery life when not merely hovering.

Given that lift, and position can be somewhat decoupled, it may end up a very stable platform for cameras and such, even in breezy conditions.

I hope to have the IMU stream stabilizing the platform by mid-week.

First test with the AFSoftwareSerial for COMMs with the ArduIMU seem promising.