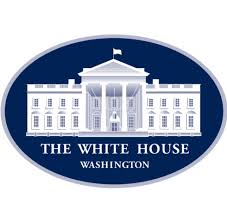 The order would put the National Telecommunications and Information Administration, an arm of the Commerce Department, in charge of developing the guidelines. NTIA would bring together companies and consumer groups to hammer out a series of voluntary best practices for unmanned aerial vehicles.

The FAA, which is working on a formal set of rules to allow commercial drones to operate in U.S. skies, has been criticized for not tackling issues around what kind of images and data drones can collect. Consumer groups and some lawmakers have said drones could violate people’s privacy by peering into their homes and backyards.

It’s not clear when the president will issue the order. White House officials declined to comment, but confirmed government-wide efforts to coordinate policy on the issue.

“We don’t have any details to share at this time, but there is an inter-agency process underway,” said White House spokesman Ned Price.

FAA didn’t immediately respond to a request for comment.

The FAA has said it will issue a rule on small commercial drone use by the end of the year. Congress set a September 2015 deadline for the agency to safely integrate drones into the nation’s airspace, though an inspector general’s report earlier this year cast doubt on the agency’s ability to meet that timeline.

The NTIA process will not address government use of drones, though more than a dozen states have put limits on how law enforcement can use the technology, often requiring a warrant and data deletion after a certain period of time. This year, a number of state legislatures began considering additional laws aimed at curbing private-sector drone use.

NTIA has experience with privacy issues in the tech sector. The agency convened meetings to work out industry codes of conduct for mobile apps and is now doing the same for facial recognition technology.