Hovermast answers the requirement for rapid and timely intelligence gathering at the tactical echelon. The system employs a sophisticated, electrically powered platform using a main lift fan and four stabilizing rotors, maintaining the platform in flight, hovering and maintaining stable line of sight with a target of interest even when subjected to strong winds or wind gusts. The system carries sophisticated multi-sensor payloads operating day and night under all weather conditions. Hovermast 100 carries 13 pounds (6 kg) of payloads. A small hobby-type radio-controlled model aircraft is being transformed into a
high-tech flight research aircraft at NASA’s Dryden Flight Research Center and
will be used to develop such a ’sense-and-avoid’ application for smart phones.

This video describes the 6th Mission of the International Aerial Robotics

Competition ( IARC ) which began in 2010. The 6th Mission involves the use

information, and replace it with an identical drive before leaving the building

undetected. All of this must be done fully autonomously. A $20,000 prize will

in under 10 minutes. (See Official Rules at http://iarc.angel-strike.com/ )

here's some footage which highlights the features found on the

'Maveric', which was on display at the recent SOFIC 2011 event,

which was held in Tampa, FL. SOFLIC stands for "SpecialOperation

rip-stop nylon, allowing the wing to be bent completely around the fuselage.

from a 6-inch diameter tube that resembles a jumbo poster tube. Ripstop

nylon is only used on part of the wing behind the leading edge. The rest of

the aircraft’s body (including part of the wing) is made from carbon fibre.

An international research team, including scientists
from NOAA’s Pacific Marine Environmental Lab in
Seattle, completed a series of unmanned flights over
the Arctic on April 30.

The Red River Valley Research Corridor is holding its 5th

It will focus on developing and strengthening the Nation’s (photo added by moderators to conform with posting guidelines)

LaserMotive is a Seattle-based company developing laser power beaming systems to transmit electricity without wires, for applications where wires are either cost prohibitive or physically impractical. As our first project, we won $900,000 in the NASA-sponsored Power Beaming competition, part of the Space Elevator Game

drone, flew for the first time from Edwards Air Force Base in California. 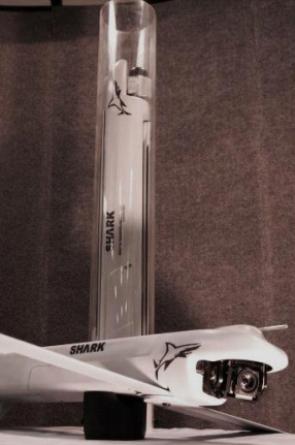 "Tube-launched and weighing in at only 2.5kg (5.5lb), the composite Shark is designed to fly quietly at low altitudes for long periods of time, gathering intelligence, surveillance and reconnaissance information, the Arizona-based company says. 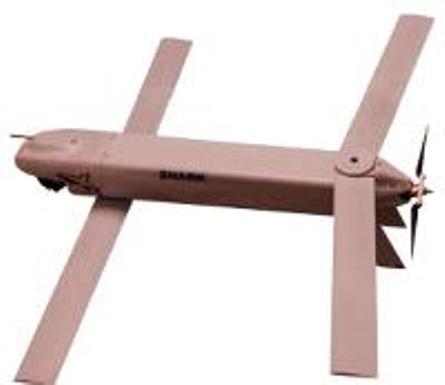 High Res cameras which are available, just make sure to hold onto your

wallet.  One model, made here in the US bya  firm named Imperx runs

get using a plastic lens pinhole model from China. 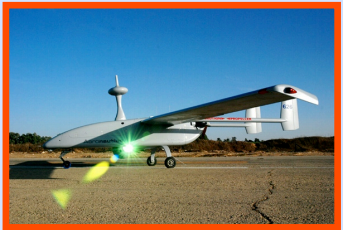 Read more…
New Mexico State will be playing host to the 2010 UAS TAACConference.http://psl.nmsu.edu/uav/conferences/2010/index.phpAt the TAAC's 12th annual conference, we again anticipate speakers and attendees from many federal agencies (DoD, NASA, DHS, NOAA, BLM, USGS), aviation user groups such as AOPA, AIA, universities, and private industry. The TAAC conference offers an eclectic composition of attendees and topics, presented in both classified and open venues.
Read more…
Glenn Rizzi is the Deputy Director of the US Army UAS Center of Excellence. In this video, he discusses the Army's deployment of unmanned technology at the tactical echelon level. Listen to him describe the US Army's Roadmap development programme with short term, medium term, and long term project goals. Swarming technologies, improved commonality and autonomy are all topics broached here, as well as the US Army's vision of what capacity the 'human element' should fulfill within the role of UAVs in a combat environment.
Read more… 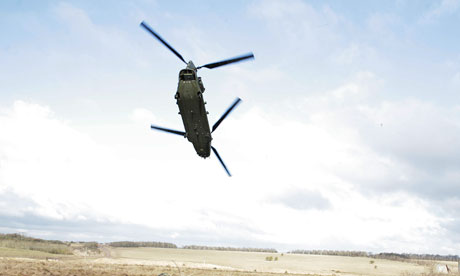 From a Guardian report:

"Two official safety inquiries took place into the military use of drones over southern England after near-collisions with helicopters, the Guardian can reveal.

The investigations are the first of their kind involving unmanned aerial vehicles (UAVs), which are increasingly being flown in British civilian airspace after extensive use in Iraq and Afghanistan.

The inquiries by Airprox, the body that investigates reports of near-collisions, relate to flights on 12 February by a Desert Hawk 3 (DH3) drone owned and used by the army. The drone was being flown in military airspace over Salisbury Plain and operated from the ground.

In each case Airprox concluded that action taken by the operator on the ground prevented collision with the helicopter. "

SMi’s Unmanned Aircraft Systems 2010 will explore a complete overview of UAS in military, commercial and civilian sectors. Attend and enjoy this unique networking opportunity with key industry leaders and decision makers from the field of UAS. Assess the latest national strategies and industry technology and ensure your organization is strategically placed to benefit from the dynamic growth sector in the global aviation industry.