Hi. I'm thinking about building a fixed wing base, to use as base for a camera intended for photogrammetry. I have access to Context Capture. I'm thinking of something rather lightweight, meaning do super heavy long lense stuff on board. Any suggesti

I'm leading a project to develop a completely open source system for deploying artificial intelligence and computer vision on a drone, and I thought Terrain/Surface Mapping might be interested. The goal is to support research groups monitoring things Until now, I made 3D mapping and orthophoto with a DJI Phantom 3 Professional, post-processing the images in Pix4D.

I would buy a camera to do mainly 3D mapping and orthophoto with the Tarot X6.

I have a quadcopter tarot 650 and I really don`t know how mount camera sony a6000. Main goal is mapping and DTM. I have two soultions: 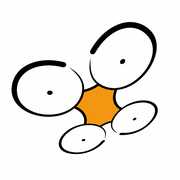 I really like the idea behind the Propeller Aeropoints. Those are basically GCP targets with integrated PPK GPS. They are quite expensive, about $6.000 USD for 10 pieces, but that's still cheaper than a professional surveyor-grade RTK system, and

DROTAG - Trigger, Geo Reference and Configure you Sony Alpha with a single part

We at Airborne Projects have been busy testing and getting feedback on our new product DROTAG that allows your Sony Alpha camera (A5000/A5100/A6000) to be triggered by any APM with a telemetry port. It also tags your images in flight with t

Using our own map on our GCS?

I'm a professinnal mapper, began 2 years ago with an Ebee from sensefly and now with several multirotors and different cameras configurations.

I want to use the maps i produce with Ebee drone /pix4D in a GCS app like mission planner or Tower.

I have made several missions using the Do-Set-Cam-Trigg-Dist command and a distance of 6 meters.

But the number of shooted photos considering the distance the copter flew from first to last waypoint is about the half .

The camera a Sony A7R as a

Recording Cam events in logs with minimal size of log

I have read here  (http://tuffwing.com/support/geotag_gopro_images_with_pixhawk_log.html) that to be shure that Cam events , like Do-Set-Cam-Trigg-Dist, will be recorded on the flyght log , the value of LOG_BITMASK 655358 must be set .

How to use GCP - help

until now I made 3D mapping and nadir photography without any ground control points.

Next week I'll have to map a terrain on a slope, and I would use ground control points to get precise results.

If you're starting in the mapping business and don't or can't afford to invest in more expensive equipment for your plane/copter but have a good Sony Alpha camera (A6000, A5100, A5000, etc) and some Nikon or Canon models, don't want to risk damaging

Read more…
Started by Roger Monongo
3 Replies
of 3 Next